Citizens of Trogir city requested through the project ”I tebe se pita!!” (”Your voice matters as well!!”) installation of modern illumination and signalizing systems on two locations: the state road DC 126 and Kneza Trpimira Street. The city of Trogir has announced a tender for the construction of Smart and Safe pedestrian crossings according to demands of citizens. Detas has won the tender with its modern illuminance and signalling systems under the name ”Smart and safe pedestrian crossings” APL 4. They were built and put into operation at the end of November 2020

Location on the state road DC 126 during the day: 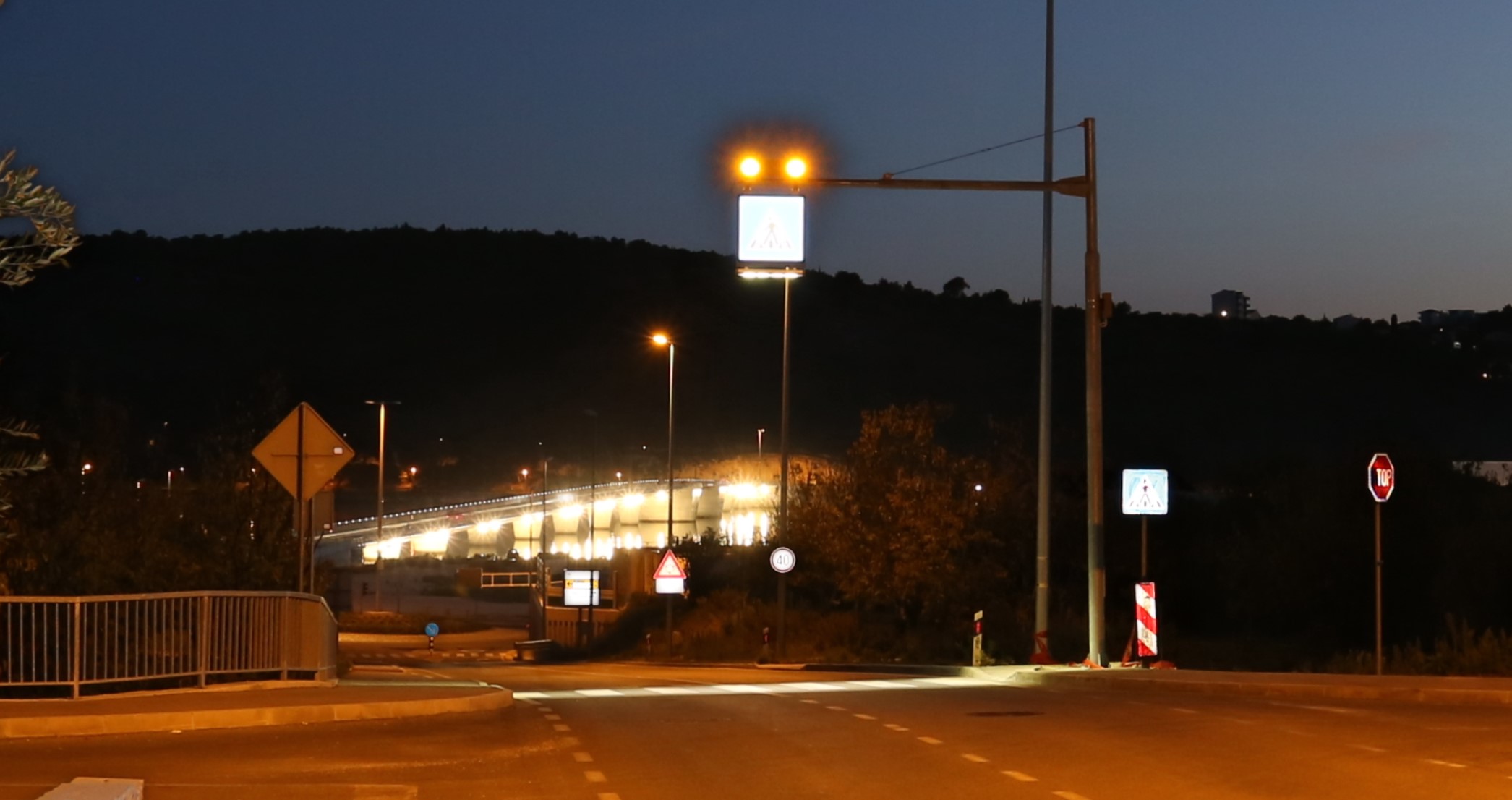 Another location with its Smart and safe APL 4 solution is at kneza Trpimira Street that is located on the county road, ŽC 6133. Smart and safe solution APL 4 helped in both locations with its strong lighting of the pedestrian crossing and the ability to prevent traffic accidents between drivers and pedestrians. Which leads to reduction of injuries and mortality of citizens.

Smart and safe APL 4 solution, PSPP Classic stems from the need to offer a product that can be used as retrofitting on old installations, and for some applications where it is not possible to install columns on both sides of the pavement. 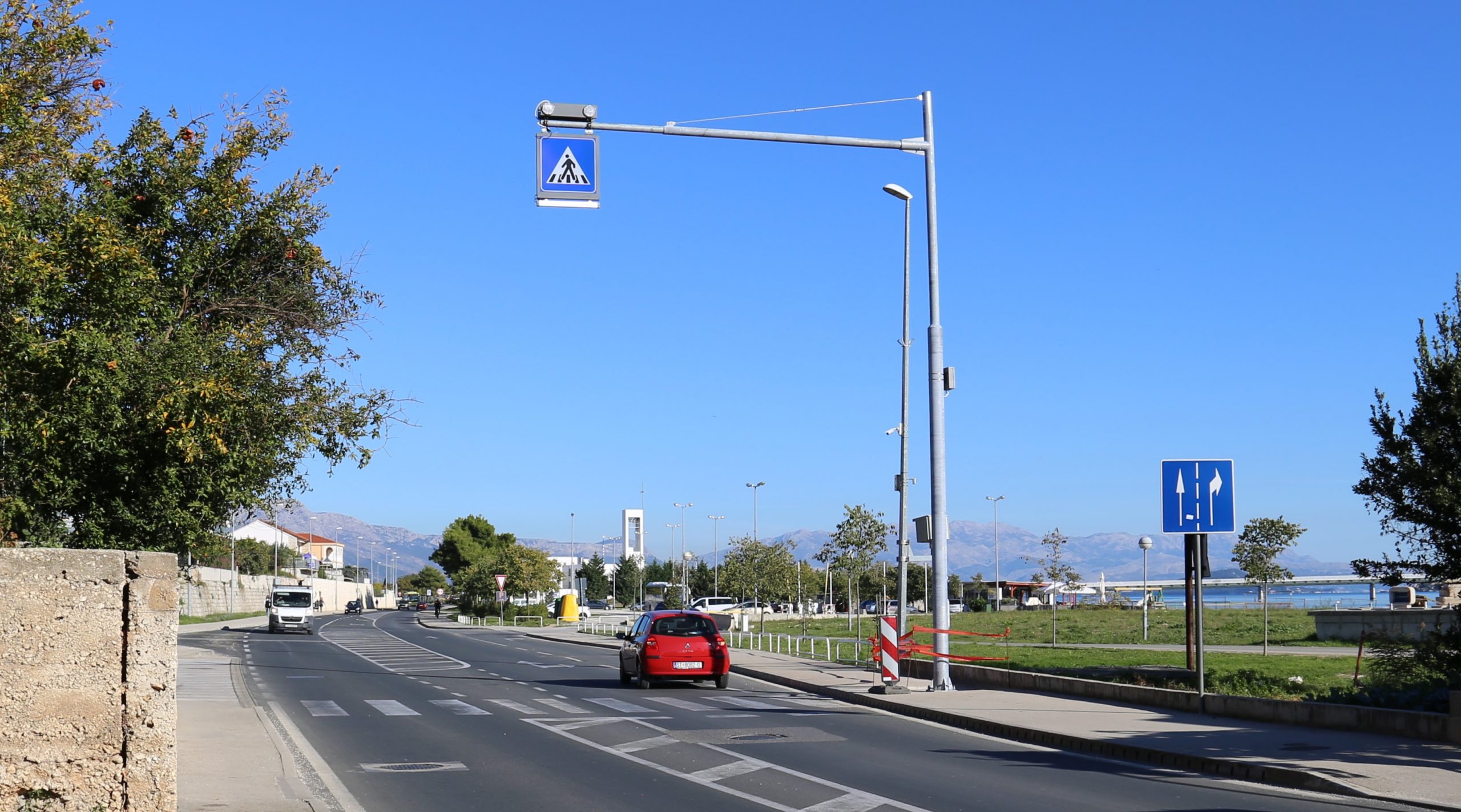 The images in the first and second location show that Smart and safe APL 4 solution serves its purpose during the day, not just at night. The flashes signal from a great distance that the driver will encounter a pedestrian crossing soon.

Citizens have very positive feedback because they feel changes in driver’s behaviour which makes them feel more safe.

We give special thanks to the mayor of Trogir, Ante Bilić, who initiated the project among the citizens and enabled Safe and smart pedestrian crossings project. With this initiation he put his thoughts into security and well-being of its citizens.